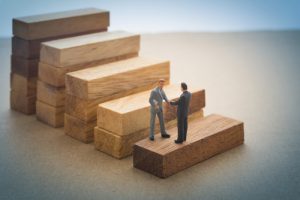 In a traditional family-owned business, owners are typically free to transfer ownership however they please. Owners can transfer shares of stock or membership interests to their children during life, as well as plan for the transfer of business interests at death. Business interests may also be sold by a deceased owner’s estate after death, and the resulting proceeds distributed to other family members. These events can result in a significant transfer of wealth to other family members, as well as preserve continuity of the business and its employees.

In a franchised business, the transition process is much more convoluted and uncertain due to the involvement of an additional party — the franchisor — who reserves the final decision on whether and how a franchised business can be transferred. Franchisors reserve this right so they can serve as the gatekeeper of the system. Overall, franchisors spend a great deal of time and effort vetting potential franchisees. They often review a potential franchisee’s financial health, business acumen and other criteria when deciding whether to “admit” a franchisee to the system. Franchisors do not want to run the risk of a successor who may not be compatible with their systems and who are not properly vetted. In addition to franchisor approval, franchise agreements typically contain additional contingencies and requirements for transfers and it is possible a franchise can be lost by a failure to comply with those requirements. The reality is that there are many uncertainties associated with franchise transfers that are not present in non-franchised business transfers. Their existence makes succession planning very difficult, because there is no guaranty the franchised business can be passed on to family members in accordance with a deceased franchisee’s wishes.

2. What Types of Transfers Require Consent?

Furthermore, most franchise agreements are not concerned with who is receiving the business interest. It does not matter if the business is being transferred to a family member or a random third party. Because of the transfer restrictions, franchised business owners must be careful when making determinations regarding succession. While franchisees may view family transfers as being family matters, that is not the case and franchisors still must be involved.

3. Don’t All Franchise Agreements Guaranty The Right to Transfer?

Most franchise agreements address franchise transfers at length, but they almost never guaranty the right to transfer. A typical transfer provision may appear to grant such a guaranty, but a deeper review almost always reveals several layers of contingencies that must be met, as well as final approval of the franchisor. The result is that transfer provisions are typically convoluted and illusory. And while franchisees may have the opportunity to change certain terms in their franchise agreements, it is unlikely a franchisor will entirely relinquish the right to approve or deny future transferees, including transfers to family members.

4. What Happens When A Franchisee Dies?

Franchise agreements vary on how to treat a franchisee’s interests upon death. However, many franchise agreements will not automatically terminate a franchise when a franchisee dies. In many cases, franchised business are permitted to pass to a personal representative or other family member who is permitted to list the business for sale or take over within a specific period of time. But even these types of transfers typically require franchisor consent. Family members inheriting a franchise must still qualify to be franchisees, and there is no guaranty.

5. Will a Franchisor Let A Franchise Unit Die With Its Owner?

It might seem hard to believe that a franchisor would deny the consent to a transfer, and allow a business to evaporate upon the death of a franchisee — especially where the business was generating revenues for the franchisor and is likely to continue doing so in the future. However, a franchisor can still maintain its revenue stream by “reselling” the territory to a new franchisee. This new sale can also generate a substantial new up front franchise fee, to compensate for any lost revenues in the territory.

In addition, a franchisor may decide to take the franchise for itself, thereby keeping the unit in operation and potentially selling it down the road. Franchisors typically retain the option to step into a franchised unit under many circumstances, which would include those where a deceased franchisee’s estate is unable to sell the unit or transfer the assets as required under the franchise agreement. The takeover of a franchised unit is more likely where a franchisor has other company-owned stores and the capacity to operate another unit.

While the above may not seem likely, it is significant to note that most franchisors actually highlight the potential for a takeover somewhere down the road. For example, most franchisors for brick-and-mortar franchises require the landlord to agree in the lease that the franchisor can take over the unit in the event the franchise agreement is terminated. Franchisors also routinely require franchisees to sign documentation authorizing the franchisor to capture their business phone numbers in the event of termination. Those who doubt a potential takeover need not look much further than this. The harsh reality of franchising is that there are many events that can prevent a franchise from passing to family members.

6. What Can Franchisees Do To Protect Themselves?

If you have any questions about franchise law, please contact Brian Loffredo at bloffredo@offitkurman.com. 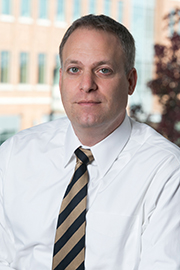 Brian is a commercial litigator with more than seventeen years of experience representing clients in the franchise industry. Brian routinely assists clients during the licensing and franchise/FDD review process, as well as with the resolution of franchise-related disputes, including those involving terminations, territorial disputes, fraud, disclosure/relationship law violations and breaches of contract.