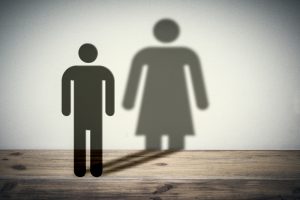 It started in 2015 with the Equal Employment Opportunity Commission (EEOC) taking the position that discrimination against an individual because of gender identity, including transgender status, or sexual orientation, is covered under Title VII’s prohibition on sex discrimination and the Department of Justice (DOJ) taking the position that it is not. Ever since, this battle has raged on with both sides refusing to budge. Just two months ago, on August 3rd , EEOC Acting Chair Victoria Lipnic demonstrated unwavering support for sexual orientation and gender identity discrimination being covered by Title VII by stating “[t]he discrimination has been pretty horrendous and blatant…I am not interested in seeing the EEOC walk away from any of these people.” With the federal courts split on the matter and the Seventh Circuit supporting the EEOC’s position and the Eleventh Circuit supporting the DOJ’s position, a definitive ending to this stalemate may very well fall to the Supreme Court.

Most recently, on October 5th, Attorney General Jeff Sessions stoked the fire by reversing the federal government’s stance on gender identity discrimination by sending a letter to all U.S. Attorneys and heads of all federal agencies stating that Title VII does encompass discrimination claims based on gender identity.  In support of this position Sessions’ stated “[t]his is a conclusion of law, not policy…[t]he sole issue addressed in this memorandum is what conduct Title VII prohibits by its terms, not what conduct should be prohibited by statute, regulation, or employer action.” This decision by Session reverses former Attorney General Eric Holder’s 2014 position.

Sessions cited the meaning behind the term “sex” as his legal rational behind the decision arguing “sex
was originally defined as meaning biologically male or female. He further argued that this definition has been confirmed by Congress through the express outlawing of gender identity in other statutes.

The EEOC has confirmed that the agency is reviewing Session’s memo, but they are yet to comment. However, based on the EEOC’s recent statements on the matter, it is unlikely that Sessions’ arguments will persuade them to abandon their position. Accordingly, this battle is likely to rage on.