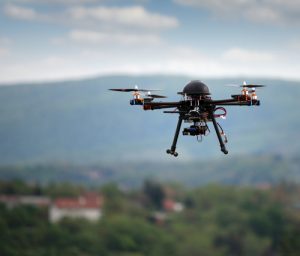 As commercial and private use of drones increases, new federal guidance has emerged clarifying where and how individuals can operate the devices. Last week, the Pentagon issued guidance stating that the US Armed Forces have the authority to shoot down a drone if the aircraft is flying over a military base and appears to pose a threat to US security or secrecy.

Drones, which are also commonly called unmanned aerial vehicles (UAV) or unmanned aircraft systems (UAS), have numerous applications in industries such as construction, engineering, real estate, moving and storage, agriculture, and retail. The devices are also popular among a growing number of hobbyists and educators.

However, to the US government, more drones means more opportunities for danger and espionage. The Federal Aviation Administration (FAA) has enacted rules regulating at what times of day, at what speed, and at what distance civilians can operate drones, and the Pentagon’s recent guidance sheds further light on the federal stance toward the aircraft.

“Military analysts have long been concerned about the possibility of drones being used against the US for espionage purposes. Additionally, terror groups like ISIS have been able to weaponize commercially available drones, increasingly using them in combat in Iraq and Syria.

It is not clear how the military would down a drone should the need arise but the Defense Department has developed a series of countermeasures capable of bringing down drones. Some of these have been deployed to places like Syria and Iraq. While conventional weapons could be used to shoot down a drone, other countermeasures include non-kinetic methods like the use of radio waves to disrupt drone flight.”

Read the full article, “US military warns it can down drones flying over US bases,” here.

Commercial drone operators may include those that use drones to photograph real property for residential and commercial sales or marketing activities, or survey real property for commercial and residential transactions, or assist with the construction and inspection of commercial properties and cell towers.  Whether you use drones for your business or as a hobby, drone operators should familiarize themselves not only with this federal guidance, but with state legislation. As of this writing, 17 states—Colorado, Connecticut, Florida, Georgia, Indiana, Kentucky, Louisiana, Minnesota, Montana, Nevada, North Carolina, Oregon, South Dakota, Texas, Utah, Virginia, and Wyoming—have laws on the books regarding the use of drones.

We will continue writing about developments in this legal area, so subscribe to the Offit Kurman blog for updates. If you have any questions about drones—or any real estate, land use, or zoning matter—please feel free to get in touch with us.