July 25, 2017|Tom Pitegoff|Comments Off on Structuring a Multi-unit Franchise 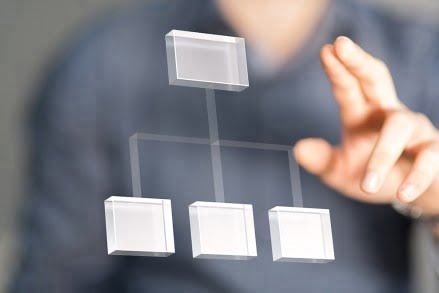 A multi-unit franchise owner can structure its operations in a number of ways, but one approach in particular often makes a lot of sense: a developer entity that acts as the parent company for the individual franchise locations.

First some background.  Many franchisors seek out franchisees who want to open three or more units. One approach is to sign a development agreement in which the developer commits to open an agreed-upon number of franchise units in a defined territory over a specified period.  In exchange, the franchisor agrees not to open a company-owned unit or to grant a franchise to anyone else in that territory while the development agreement remains in effect.

One approach: form a developer entity

One approach that can work well for a typical multi-unit franchisee is to form a limited liability company (“LLC”) to sign the development agreement and act as the parent company for each individual unit entity.  For illustration purposes, let’s call this parent company the “Developer LLC.” Each franchise would be owned and operated by a separate “Franchisee LLC” under its own franchise agreement, and the Developer LLC would be the sole member of each Franchisee LLC. From a tax point of view, each LLC would be a pass-through entity so the profits or losses of each Franchisee LLC would become the profits or losses of the Developer LLC and, in turn, of its member or members.

This structure has several advantages over using a single franchisee entity.  Benefits for the Developer LLC include the following:

This structure also has benefits for the franchisor:

To facilitate the use of individual franchisee entities, franchise agreements commonly contain provisions that require the franchisee entity to state in its organizational documents that its activities are confined solely to owning and operating the franchised business.

Variations are common. For example, if the developer is an individual who plans to open just three units without bringing in other investors, the simplest approach would be for that person to sign the development agreement individually rather than forming an entity to be the developer. He or she could be the sole member of each Franchisee LLC. The developer would have rights and obligations vis-à-vis the franchisor, but with little legal risk to third parties such as a landlord, suppliers or customers. Unlike a franchised unit, the developer in this case has no operating business.

Franchisors should also keep the entity issue in mind when signing up new franchisees, regardless of whether they are part of a development group or operated by a single-unit owner. Before each new agreement is signed, the franchisor should verify that the entity has actually been formed and that its name is correct. Entity searches are easily done on state websites.  If the search yields no result, the franchisor should ask the prospective franchisee for evidence that the entity was formed.

Structuring a multi-unit franchise takes thought and planning. Doing so is worthwhile.  A well-structured system allocates risks appropriately and facilitates growth and system change over time.

An earlier version of this piece was published in Modern Restaurant Management. Read it here.