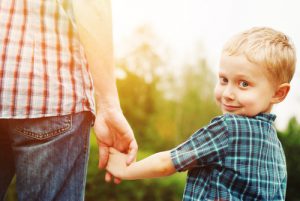 When parties divorce or when they are not married, but have minor children born to or adopted by them, there is almost always an Agreement or an Order of Court, which sets forth the provisions for custody (sole or joint), who has decision making authority, and which parent will have access (visitation) with the child or children at various times, usually on a scheduled basis.  With some degree of frequency, one party may withhold access to the child, interfere with the other’s access, or even abduct the child.  When this occurs, and depending on the degree to which the violating parent interferes, a claim for damages may arise, and those damages may be substantial.

In Maryland, the Court of Appeals (the highest court in Maryland) has made clear that claims for intentional interference with custody or access may give rise to a claim for damages, and those acts, together or separately, may also constitute Intentional Infliction of Mental Distress.  Khalifa v. Shannon, 404 Md. 404 (2008).  These actions may not only result in monetary damages, but also permit the imposition by the Court or by a jury of punitive damages.  In Khalifa, the children were in the custody of both parents and the mother announced her intention to take the children for a visit to New York to visit relatives.  She then, with the aid of her mother, put the children on a flight to Egypt, from whence they never returned.  The Court of Appeals upheld a jury verdict in favor of the Father in the amount of $500,000 in compensatory damages against each defendant, $900,000 in punitive damages against the grandmother, and $1,100,000 in punitive damages against the children’s mother.

In a recent trial court decision, Ron Ogens, Practice Group Leader of Offit Kurman’s Family Law Group, obtained a verdict from the trial judge in Montgomery County, Maryland, in favor of a divorced father against his former wife for Intentional Interference with Custody ($300,000); Intentional Interference with Visitation ($300,000); Intentional Infliction of Mental Distress ($500,000); and punitive damages ($2,000,000), for a cumulative total of $3,100,000.  In that case the mother removed the child from Maryland, interfered with visitation, and ultimately sequestered the child and disappeared, purportedly living in Guatemala, France, Turkey, and Ireland.  At the time of trial, except for 1 hour, the Father had not seen his son for approximately 25 years.

Questions about custody or visitation? Contact Ron Ogens
at rogens@offitkurman.com or 240.507.1701 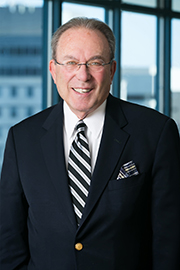 Ron Ogens serves as the Chairman of the Family Law Practice Group.  His practice as a family law attorney is focused on the negotiation, settlement, and litigation of family law matters in Maryland and the District of Columbia. He handles a variety of divorce matters, including separation and divorce, annulment, alimony and child support issues and analysis, child custody and visitation issues, and the identification, valuation, classification, and division of marital and non-marital property. Mr. Ogens also provides preparation and analysis of separation and property settlement agreements and prenuptial agreements. His experience as a family law attorney helps him serve as an effective mediator and arbitrator in family law disputes.

Offit Kurman is one of the fastest-growing, full-service law firms in the Mid-Atlantic region. With over 135 attorneys offering a comprehensive range of services in virtually every legal category, the firm is well positioned to meet the needs of dynamic businesses and the people who own and operate them. Our eleven offices serve individual and corporate clients in the Virginia, Washington, DC, Maryland, Delaware, Pennsylvania, New Jersey, and New York City regions. At Offit Kurman, we are our clients’ most trusted legal advisors, professionals who help maximize and protect business value and personal wealth. In every interaction, we consistently maintain our clients’ confidence by remaining focused on furthering their objectives and achieving their goals in an efficient manner. Trust, knowledge, confidence—in a partner, that’s perfect.