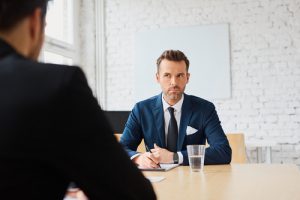 The battle over whether Philadelphia becomes the first major city to prohibit employers from asking applicants about their salary history continues. For now, employers need not change their practices.

Under the Ordinance, it is unlawful for an employer to “inquire about a prospective employee’s wage history, require disclosure of wage history, or condition employment or consideration for an interview or employment on disclosure of wage history,” or to rely on the wage history of an applicant in determining that individual’s wages. The Ordinance includes an anti-retaliation provision, which prevents employers from taking adverse action against an applicant who exercises their right not to respond to wage inquiries.

On April 4, 2017, however, the Chamber of Commerce for Greater Philadelphia filed suit against the City in federal court. The Chamber argued that the Ordinance is unconstitutional as it violates employers’ First Amendment free speech rights and the Due Process clause. The Chamber and the City agreed to stay the effect of the Ordinance until the lawsuit was resolved.

On June 5, 2017, the Federal Court dismissed the Chamber’s lawsuit, without prejudice. The Court held that the Chamber had not sufficiently identified how it or any of its members had standing to sue. The Chamber had argued that the Ordinance would “chill the free speech rights of its members,” and cause them to incur costs in retraining and developing other methods and policies regarding salary determinations. The Court was not convinced, but only dismissed the Complaint without prejudice – meaning the Chamber could file again.

On June 13, 2017, the Chamber filed an Amended Complaint, attempting to firmly establish that it has standing to challenge the Ordinance.

Likely, the City will again file a motion to dismiss and the Court will then determine if the Chamber has added and/or revised their argument enough to establish standing.

The Ordinance remains stayed and employers do not have to change their policies.

In addition to this lawsuit, the state legislature passed amendments to the Equal Pay Act that would preempt the Philadelphia’s Ordinance and nullify it. This bill, however, is awaiting a House vote.