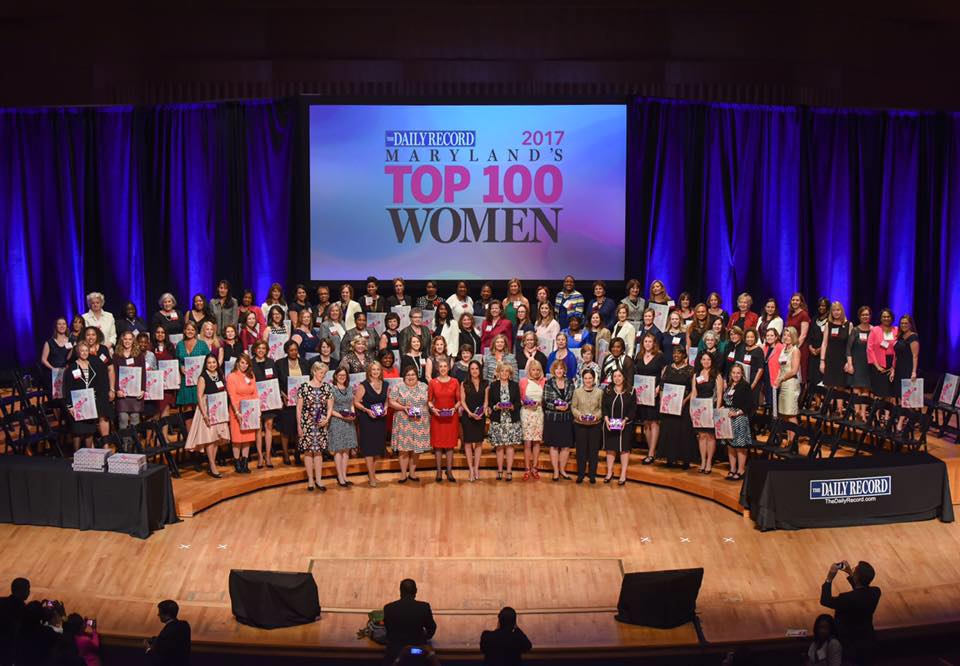 The Daily Record honored Maryland’s Top 100 Women for 2017 at the Meyerhoff in Baltimore this week.  Howard County was well represented by Karen Cherry from the Howard Hughes Corporation, Cecilia Paizs from the Mediation Center, Courtney Watson from Rossman Hurt-Hoffman, and Joan Webb Scornaienchi of HC Drug Free, who was inducted into the Circle of Excellence.  There were over 430 applicants this year for the coveted 100 slots.  Each winner was named, received a plaque, and is published in the Daily Record and its program.  I congratulate each of the recipients and encourage them to enjoy the honor they have just received.  Applications for 2018 are now being accepted so if you know a fabulous woman who meets the requirements, get your nomination form today.