As Published In The Legal Intelligencer 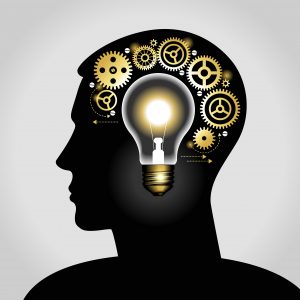 In its Alice decision, the Supreme Court effectively subjected scores of software-related patents to increased risk of invalidation by enunciating a two-part test, originally put forward during Mayo Collaborative Services v. Prometheus Laboratories , 132 S. Ct. 1289, 1293 (2012), to determine whether a claim was nothing beyond an “abstract idea” and therefore ineligible for patenting. Under the two-part test of Alice/Mayo, a court (or patent examiner) first determines whether a claim is “directed to” an abstract idea. If this threshold determination is met, the claim must be shown to encompass an element or combination of elements that constitute something “significantly more” than the ineligible abstract idea, or that the claim elements “transform the nature of the claim into a patent-eligible application.”

A trio of Federal Circuit cases has illuminated how substantively the court intends to interpret the threshold determination of whether a patent claim is “directed to” an abstract idea. First, an earlier case, DDR Holdings v. Hotels.com, 773 F.3d 1245, 1259 (Fed. Cir. 2014), made clear that this initial threshold determination encompasses all elements of the claim as an “ordered combination,” and went on to find the claimed combination was not an abstract idea, despite involving software and the internet. In the more recent case of Enfish v. Microsoft , 832 F.3d 1327, 1334 (Fed. Cir. 2016), the Federal Circuit found that software patent claims for a database were patent-eligible because they were directed to a clearly defined improvement in computer operations. In McRO v. Bandai Namco Games America , 837 F. 3d 1299, 1315 (Fed. Cir. 2016), the court reversed a lower court’s ruling and determined that a claim for lip-synchronization ­animation software was sufficiently unique within its field, and described narrowly enough, so as not to be considered an abstract idea.

In each of these cases, the court has emphasized the advantages of patent claims including specific, nonpre-emptive language directed to the apparent benefit or purpose of an invention. The Enfish appellant’s claim, for instance, sufficiently recites how the software in question improves upon the prior art by reducing database memory usage and load time. Meanwhile, the McRO claim was deemed eligible for the way it outlines a discrete rule set for automating lip animation, ensuring future patent opportunities for other kinds of similar, but technologically distinct, methods not covered by the claim. The Federal Circuit Court has additionally cautioned in these cases against a generalized interpretation of software claims as abstract ideas.

Because software claims are often written in so-called “functional” terms, if such a claim survives the abstract idea test above, it nonetheless must also pass muster under the tests associated with functional claims now codified under 35 U.S.C. Section 112(f). Enacted originally in 1952, Section 112(f), reads: “An element in a claim for a combination may be expressed as a means or step for performing a specified function without the recital of structure, material, or acts in support thereof, and such claim shall be construed to cover the corresponding structure, material, or acts described in the specification and equivalents thereof.”

The statute, in other words, allows an invention to be claimed not merely by structural form, but by its function or purpose. Accordingly, as long as the patentee discloses adequate corresponding structures, and a person skilled in the art can reasonably surmise what structures the “means” or “step” language encompasses, the claim is likely valid under Section 112(f). Otherwise, the claim may be considered indefinite and invalid.

Patent practitioners may employ this means-plus-function format when claiming technically complex ­inventions—in fields such as software, manufacturing, life sciences, and e-commerce—that may be prohibitively costly or verbose to express in other ways. Given that Section 112(f) limits such claims to the corresponding (disclosed) structure and equivalents thereof, certain patent practitioners may, either intentionally or inadvertently, avoid the means-plus-function format in favor of using other, arguably structural terms, along with any arguably related functions. While this approach may potentially broaden the claim scope by avoiding Section 112(f), it conversely may render the patent indefinite or otherwise overly broad and, hence, invalid.

It is in this context that the Federal Circuit rendered an en banc opinion in Williamson v. Citrix Online, 792 F.3d 1339 (Fed. Cir. 2015). The decision clarifies how software and other functional claims should be interpreted, regardless of whether the claim language is being construed during the patent application process, in USPTO proceedings, or in federal court litigation. Prior to the Williamson case, the court had established a legal presumption that the use of the term “means” indicated the presence of a means-plus-function claim, and that the strictures of Section 112(f) should be applied; however, in the converse situation, in the absence of the term “means,” the Federal Circuit repeatedly held that there was a “strong” presumption, “not readily overcome,” that the claim limitation is not subject to Section 112(f) as a functional claim limitation.

The Williamson decision weakened this latter presumption, and went on to affirm a district court’s choice to construe the nonce term “module for” as synonymous with “means for.” The claim under review contained the limitation “distributed learning control module,” which the appellees characterized as “a generic ‘black box’ for performing the recited computer-implemented functions.” Accordingly, the CAFC first held that the now weakened presumption against applying Section 112(f) to the “module” limitation had been overcome, requiring the “module,” like “means,” to be limited to a corresponding structure described in the patent. The court then held that the patent failed to disclose sufficient structure corresponding to the claim term. As a result, the claim was held indefinite and, therefore, invalid under 35 U.S.C. Section 112(b), a section requiring claims to “distinctly” define the ­invention.

The court’s overruling of the previous “strong” presumption has since influenced the actions taken by patent examiners in the U.S. Patent & Trademark Office. With the understanding that a number of different constructions (such as “module for,” “system for,” “device for” and “component for” ) may invoke Section 112(f), examiners have broadened the scope of what they consider means-plus-function claims. They have adopted a practice of rejecting many of such claims for indefiniteness, or have required patent practitioners to recite corresponding structures or otherwise place on the record the meaning of the rejected claim term during patent prosecution.

Ultimately, the clarifying aspect of these decisions represent good news for inventors. To borrow a term, the black box of patent eligibility and claim definiteness has become more transparent. Aspiring patentees should take heart in the fact that a varied and careful patent claiming strategy is likely to help meet the challenges enumerated above, whether before the U.S. Patent & Trademark Office, or in subsequent adversarial proceedings.