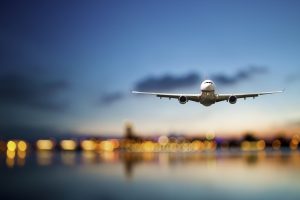 Following the decision of the Ninth Circuit striking down Executive Order 13769, known colloquially as the Travel Ban, President Trump signaled that a new executive order was in the works.  On March 6, 2017, after nearly a month delay, a new Executive Order was issued rescinding Executive Order 13769 and reinstating portions of the travel ban, while attempting to address deficiencies which led to the prior version being struck down.  The new order has an effective date of March 16, 2017.

The new order still bars entry of nationals from six predominantly Muslim countries – Iran, Libya, Somalia, Sudan, Syria, and Yemen.  The outright ban on entry of foreign nationals from Iraq was removed from this Order, apparently largely at the behest of other agencies reviewing the draft order.  It does, however, create an exception for permanent residents of the United States, as well as certain individuals with valid travel documents effective as of the date of the executive order.  The bill also purports to address the lack of national security justifications for the prior Order by providing explanations as to why these nations were selected.

The new executive order still provides for a 120-day freeze on the United States Refugee Admissions Program.  The stated purpose of the freeze is to allow the Department of State and the Department of Homeland Security to review the screening processes currently in place to ensure that refugees admitted to the United States do not pose a threat.  After the Refugee Admissions Program resumes, the ceiling on the number of refugees who will be admitted to the United States is reduced to 50,000, from 110,000.

The State of Hawaii is already challenging the new Order and a hearing is scheduled for Wednesday, March 15 on its motion for a restraining order barring implementation of the new Order.  We will release an updated post once the Court issues a ruling in that case.  At this time, this is the most significant challenge to the new Order that is pending.

The Elimination of Premium Processing for H-1B visas

In addition to the new travel ban, USCIS announced on Friday, March 3, that it is eliminating premium processing for H-1b petitions filed as part of the new H-1b filing season. Premium processing allows employers, for a fee, to obtain expedited adjudication of H-1b petitions that are selected in the lottery, generally within 15 business days.  Employers in industries dependent on H-1b visas have spoken out against this change, complaining that it hinders the hiring process and creates additional delays on their ability to make hiring decisions since they will now have to wait several more months before they would know whether they can hire certain individuals.  While USCIS has stated reasons for the elimination of the program, many experienced practitioners instead suspect that the primary motivation is to discourage employers from using the H-1b visa program to hire foreign workers and instead focus their recruitment on U.S. citizens.  This decision, it should be noted, does not alter the number of H-1b visas available or the lottery process.

We are closely monitoring all immigration-related executive orders, laws, and regulations which may impact employers.  In the coming weeks and months, we will be providing more specific, in-depth analysis of all executive orders and regulations and how they may impact the business community.  In the meantime, if you have questions or concerns about your company’s compliance with immigration law, please do not hesitate to contact me.

In the meantime, if you have questions or concerns about immigration law, please contact Alfredo Acin aacin@offitkurman.com 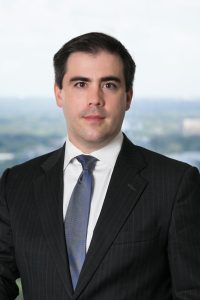 Mr. Acin  is an associate in the firm’s Family Practice Group. He assists clients in a variety of family law matters including divorce, child custody and visitation, child support, alimony, property division, post-divorce decree enforcement, modification of custody, visitation, and support, and drafting pre-nuptial and separation agreements. Although he believes that it is in every party’s best interests to resolve matters between the parties, Mr. Acin recognizes that sometimes this is not possible, in which case he will zealously advocate on his clients’ behalf.