Cheryl Hepfer is a highly-regarded attorney who has practiced family law for more than 40 years.  She has been rated by her peers and is listed in Best Lawyers in America and as a top lawyer in the Washingtonian, Bethesda Magazine, and Super Lawyers.  She is past president of both the American Academy of Matrimonial Lawyers and the International Academy of Family Lawyers.

Although Ms. Hepfer frequently appears before trial and appellate courts, she is often able to resolve cases through negotiation, settling most of her cases out of court because she explores settlement options early, hoping to limit client costs and enhance the opportunity for an amicable resolution.  Her decades of experience as a trial lawyer provide her with the ability to evaluate her cases, and to determine when settlement is or is not in the client's best interest.  In the event that settlement is not the best option, her trial skills allow her to proceed to trial when that is in the client's best interest.

As a mentor to other family lawyers, Ms. Hepfer teaches at the Institute of the American Academy of Matrimonial Lawyers every year, and provides guidance to local family lawyers who aspire to become Fellows of the AAML.

Ms. Hepfer has received numerous honors, awards and recognition by publications, surveys, and associations including:

Cheryl is certified by the American Academy of Matrimonial Lawyers as a Family Law Arbitrator. 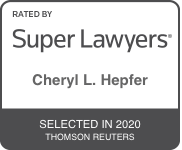 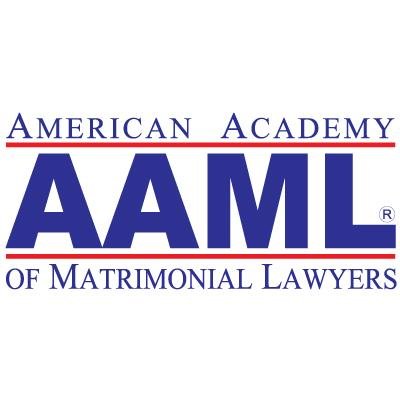 Ms. Hepfer is a frequent lecturer on matters of family law, including issues of the valuation and division of marital assets, custody, access and general divorce related topics, such as divorce litigation. She also has been quoted by several national and regional media outlets such as CNN, ABC's Nightline, The New York Times, WBAL Radio, and National Public Radio. Some of her quotes can be found in the links below.

"What is Dissipation and How Does the Court Handle It?"

Under Maryland Law, and in most jurisdictions, dissipation is the expenditure of marital assets for the principal purpose of reducing…

"Can My Spouse Take My Business?"

The law may differ slightly from jurisdiction to jurisdiction. Generally, businesses started during the marriage will be determined to be…

"Separation? Where Do I Start?"

If you are contemplating a separation, or if you believe that your spouse is, where do you begin?   Collect…