Tapping into the power of social selling 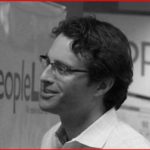 Kevin O’Nell is the CEO of PeopleLinx, a Philadelphia-based startup that drives social selling behaviors. PeopleLinx helps salespeople understand, navigate, and win customers through social networks such as Twitter and Facebook. The company’s technology incorporates CRM (customer relationship management) tools, notifies users when to interact with prospects, and monitors team performance. Prior to directing PeopleLinx, Kevin served as COO for Ecount (later Citi Prepaid) and senior product leader at Capital One. He is also a senior advisor for MissionOG, a venture funding firm.

Kevin O’Nell spoke with Jeff Mack for this interview.

PeopleLinx started in 2009. It was founded by two early LinkedIn employees. They were in the first hundred people at LinkedIn. What they quickly realized was that social networks could be used far beyond recruiting, and beyond LinkedIn. So, they left in 2009, started the company as a training company, and I joined in 2012 when it became a software company.

How does “social selling” differ from the traditional sales process?

Most people get the GPS analogy really well now, because we all use them on our cell phones and in our cars. At the end of the day what it means is social selling is really hard for people. People think that social networks are either not allowed by their corporations, or only for their children, or only to share pictures with their high school friends. In reality, social networks can be a great tool in the sales process to engage with potential clients and drive business through the cell phone. We often say that PeopleLinx changes the game by becoming an unfair advantage for salespeople. Today, people don’t answer their emails. They don’t answer their phones. We can contact each other through more ways than ever before, but people aren’t responsive. It’s a real challenge for salespeople. By leveraging social media and social networks in a really organized format, they can find ways to engage with their customers much more successfully.

You recently won a great deal of funding—how do you intend to use it?

The new funding will be used to grow the business, so it’s a great vote of confidence from our investors: Osage [Partners], MissionOG, and Greycroft [Partners]. The money will be going towards the sales team and the engineering team. We’re in the process of launching the fourth version of PeopleLinx, PeopleLinx IV, which will be unveiled the week after next. Our early investors had a thesis that social networks would be really important for B2B enterprise businesses. Specifically, Greycroft had a thesis about this, so they invested in Buddy Media on top of Facebook; they invested in Cloud on top of Twitter; and they invested in PeopleLinx on top of LinkedIn.

What are your expectations five, ten years down the line?

Five or ten years from now, I believe all salespeople will be using social media throughout their business day. My hope is that PeopleLinx can grow and be the go-to platform to coach people on how to leverage social media, and when to take the right actions to drive business through the funnel. I see it being used across all B2B businesses, as well as many small organizations.

Are there other companies you look to for inspiration?

Buddy Media’s definitely a success story out there, and was really early on in social media, and of course acquired by Salesforce to leverage Facebook. I don’t know quite that we’re going to become the next Buddy Media—although we do have Michael Lazaro as an investor in PeopleLinx—but we do aspire to being as successful as Buddy Media on the B2B side among B2B sales reps.

Can you describe your relationship with LinkedIn?

As one of the fastest-growing, full-service law firms in the mid-Atlantic region, Offit Kurman is well positioned to meet the legal needs of dynamic businesses and the people who own and operate them. At Offit Kurman, we are our clients’ most trusted legal advisors, the professionals who help them to maximize and protect their business value and individual wealth. In every interaction, we consistently strive to maintain our clients’ trust, further their objectives and help them achieve their goals. Trust. Knowledge. Confidence. In a partner, that’s perfect.  Please contact us for more information on Offit Kurman’s comprehensive Legal services.